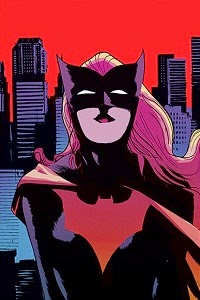 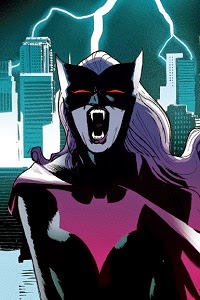 In the world of "Futures End," the roles have reversed for twin sisters Kate and Beth Kane. While Batwoman has become a deranged and bloodthirsty creature, Red Alice has become the would-be savior, the hero. "Blood Sisters" is all about whether Beth soldiers on, just like Kate did for her five years before. As it has happened with most of the other "Futures End" tie-ins thus far, this tale seems to have moved no more than a few months from the current status quo, rather than five whole years, coming off more like a "What if" adventure. Regardless, it is a good setting to get acquainted with Red Alice and a group of characters that soon will have a big role in the title. Jason Masters and Guy Major provide nice visuals without making the pages too busy, despite the quick pace of the tale. 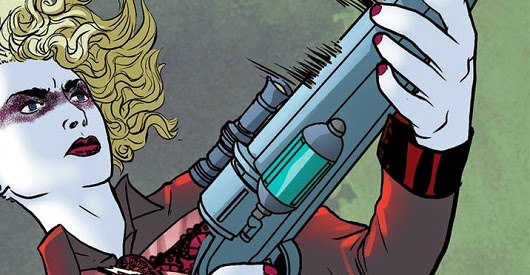 Posted by JoséVC at 9:51 PM No comments: 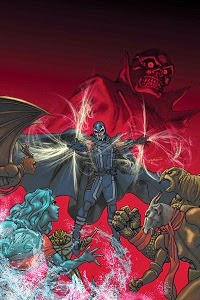 The road to "Axis" begins with the Master of Magnetism's return to Genosha, his greatest failure. The land that saw sixteen million souls die while under Magneto's care, has been converted into a modern-day concentration camp by the Red Skull and his S-Men; it is inevitable then, that Cullen Bunn takes readers to the days of Magnus' childhood, when he was being held in the camps in Auschwitz. This parallel between past and present is the tool used to show how afraid, vulnerable, and even hypocritical Magneto really is, despite his brave facade when attempting to confront the Red Skull. Strange as it may sound, what makes the story scary is the reality on which it's based rather than its fantasy elements. Gabriel Hernandez's pencils are the right match to the dark, helpless, and depressing mood of the plot. 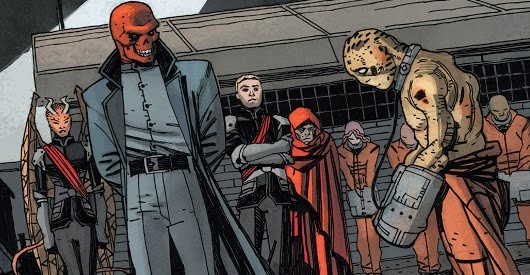 Posted by JoséVC at 9:35 PM No comments: 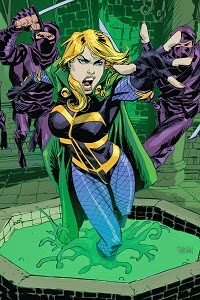 "The New 52" has not been very generous to Black Canary. In her previous incarnation she used to be a bigger deal in the overall picture; now she has been relegated to a somewhat smaller corner of the DCU. This "Futures End" installment helps to correct that, at least in part. Years from now, Canary will take over Ra's Al Ghul's League of Assassins, and turn it into a force for good and justice. For a self-contained story, "The Red League" efficiently covers a lot of ground, and brings the title to full circle with one final encounter between the estranged Dinah and Barbara, just like it happened in the first issue of the series. Robson Rocha delivers with beautiful artwork, while Chris Sotomayor's colors provide the perfect ambiance; red has never looked better, and the dark blue hues immerse the reader in the nocturnal setting of the story. 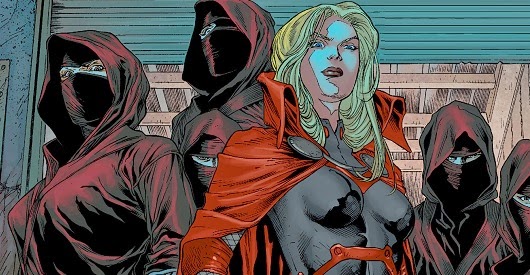 Posted by JoséVC at 8:55 PM No comments: 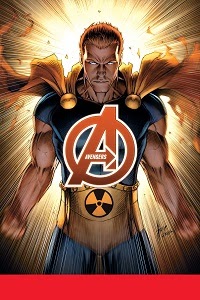 "Avengers" takes a break from its millennia-spanning, multiverse-reaching epic, to narrow its focus down and deliver a solo adventure starring Hyperion. Ever since his introduction in the initial issues of the current series, Hyperion has given off a vibe that makes him too similar to Sentry, and knowing how things ended for that character (read "Siege"), the feeling of inevitable redundancy has always been at reach. This issue, however, helps take Hyperion away from that path, at least to some degree, and portrays him as an extremely logical, yet, compassionate and balanced individual, despite his evident god-like nature. Of course, it all could be just a red herring, but here's to hoping it is not. The most attracting element in this story is the artwork by Keown, Lee, and Keith; so crisp and downright pretty that even if there were no words in the book, it still would be a worthy purchase. 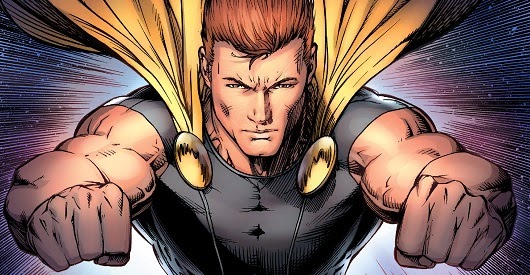 Email ThisBlogThis!Share to TwitterShare to FacebookShare to Pinterest
Labels: Marvel Comics, The Avengers 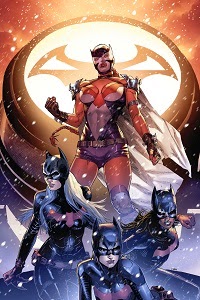 "Darker in the Soul," the "Futures End" issue of Batgirl can be described with a single word: Bittersweet. Bitter, because it is the final Batgirl story by Gail Simone, who for the past three years has done nothing but elevate the character to the pedestal where it belongs. Sweet, because she has made three camps of avid fans very happy. Simone's parting gift was a sight that many only dared to dream of: Barbara Gordon, Stephanie Brown, and Cassandra Cain, working together, as a League of Batgirls. This issue is also the official first appearance of the latter character in the New 52 universe, and her supporters can finally breath again. What would have made this story perfect? If instead of Tiffany Fox, the League had included Bette Kane, the original Bat-Girl. Nonetheless, thank you, Gail Simone, for the past three years, and for this farewell! 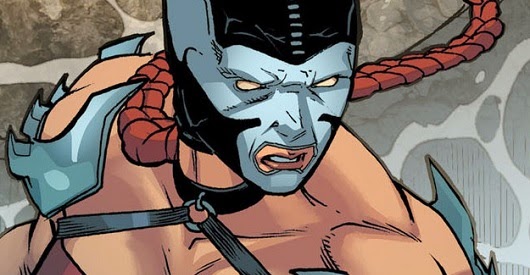 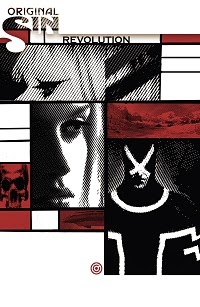 Before starting the review, one venomous comment: what an ugly cover. Fortunately for everyone, the content fares much better. The reading of the last will and testament of Charles Xavier continues with a confession from the beyond. The founder of the X-Men reveals via holo-recording one more of his dirty little secrets; this time, it is one of those retcons that make little sense, but that in the context of the story works well, in that it reminds readers that the Professor was far, far, far from a virtuous man. This issue is a winner thanks to the interactions between pairs of X-Men: Cyclops and Storm, Kitty and Nightcrawler, Dazzler and Beast; those small moments are gold. The subtle comical relief offered by She-Hulk and Wolverine -of all people- also help with the success of the issue. No explanation about Xavier's marital status shocker, however; but cover aside, a good chapter overall.
Posted by JoséVC at 10:55 PM No comments: 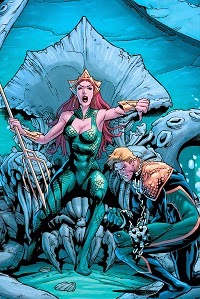 Five years into the future, and Atlantis lies in ruins after being torn by war. Everyone seems to hold Aquaman responsible for the dark fate of the once majestic kingdom, and one cannot help but sympathize with his detractors. Dan Jurgens builds a strong case for all those who stand against Arthur, while portraying him as a stubborn and proud ruler who constantly failed his people. At the other end of this political drama there is Mera, whose hand has been forced into taking harsh action; an inevitable outcome that has been building throughout the stories published in 2014. Alvaro Martinez does a fantastic job with his pencils. If there is a flaw in the issue, is the fact that it does not seem as if five years have passed; everything seems too similar as it is "today." Despite this, "Long Live the Dead King" is an engaging read. 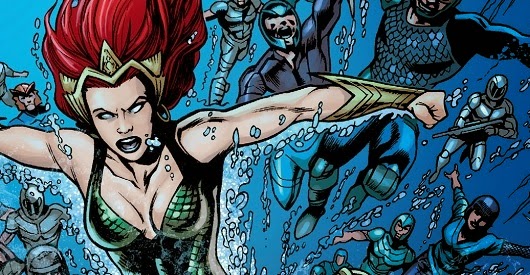 Posted by JoséVC at 9:37 PM No comments: