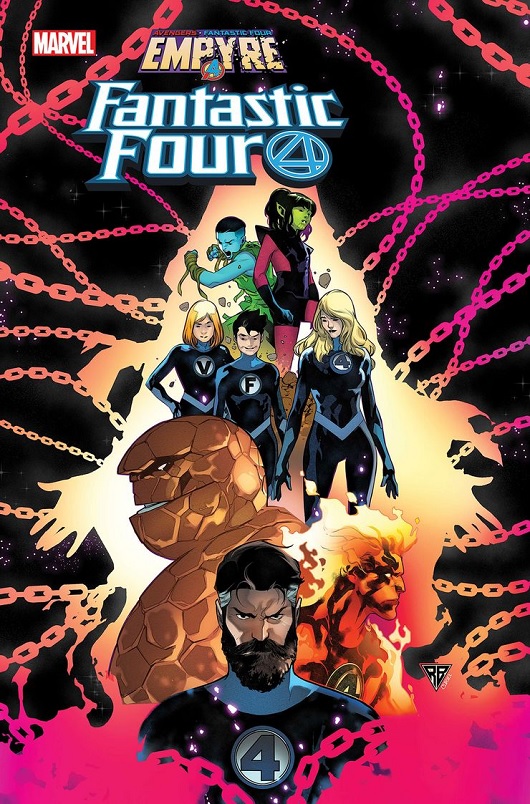 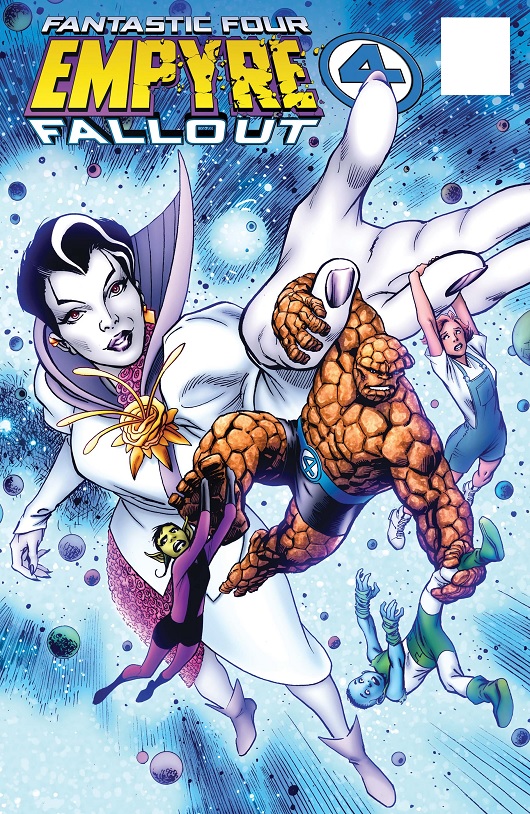 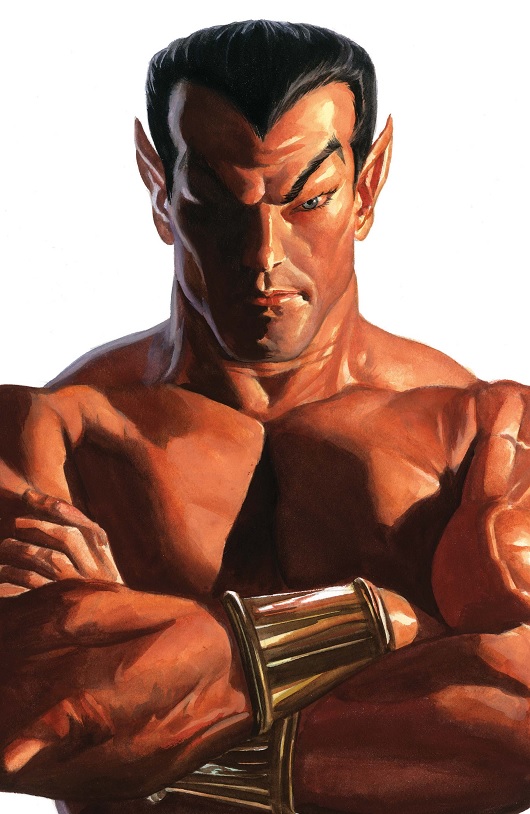 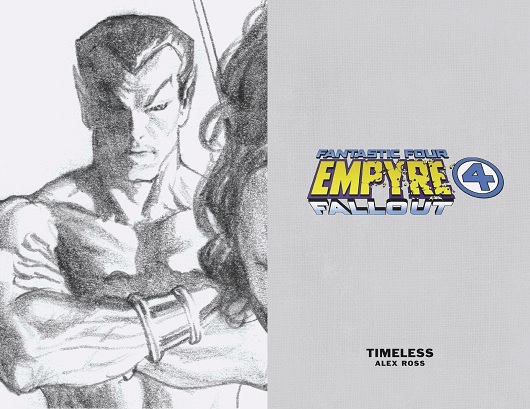 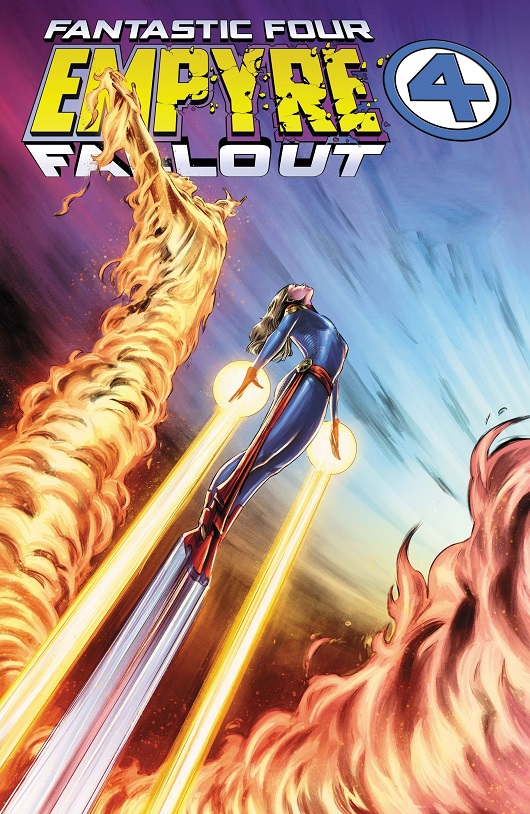 Variant by Carmen Carnero
The Human Torch and Captain Marvel

The fate of all future Kree/Skrull Wars is placed in the hands of... Reed Richards and his family, the Fantastic Four. This is no standard issue of a Marvel Comic, True Believer. Two major turning points for the entire Marvel Universe will take place here! Also in this issue... The Profiteer returns, but is she here for revenge... or justice? And a special appearance by the most ominous cosmic character of them all, The Unseen!